Kiev, the capital of Ukraine, and several other parts of the country were experiencing power and water outages on Tuesday after Russian strikes targeted critical infrastructure for the second consecutive day in the morning, local authorities said.
The operator DTEK reported “interruptions” in the supply of electricity and water for residents on the left bank of the capital. “Engineers are making every effort to restore the supply,” it said on Facebook. In Dnipro, in central Ukraine, Governor Valentin Reznichenko announced that two Russian missiles had hit “energy infrastructure” causing “fire and serious destruction.” “Several districts of Dnipro (…) are without electricity,” he said on Telegram. In the same region, in Pavlograd, Russian shelling caused a “temporary halt in water supply” and the shutdown of a local pumping station, the city council announced on Telegram. Strikes on critical infrastructure were also reported in Jytomyr, in the north, where “the city is without electricity and water. »
Hospitals are working with emergency power,” Mayor Sergei Sukhomlin announced on Facebook. In his region, eleven localities are also without electricity, added Governor Vitali Bounetchko. In Kharkiv, the country’s second largest city, Mayor Igor Terekhov reported on Telegram the shelling of “one of the city’s industrial enterprises.” In Mykolayev, the strikes hit a residential building killing at least one person, as well as a flower market in the same area. Electricity was restored in the morning. According to the Ukrainian military, Russia has struck more than 35 localities in the last 24 hours, using cruise missiles, anti-aircraft missiles and aviation, as well as Iranian-made Shahed drones.
Categories: General 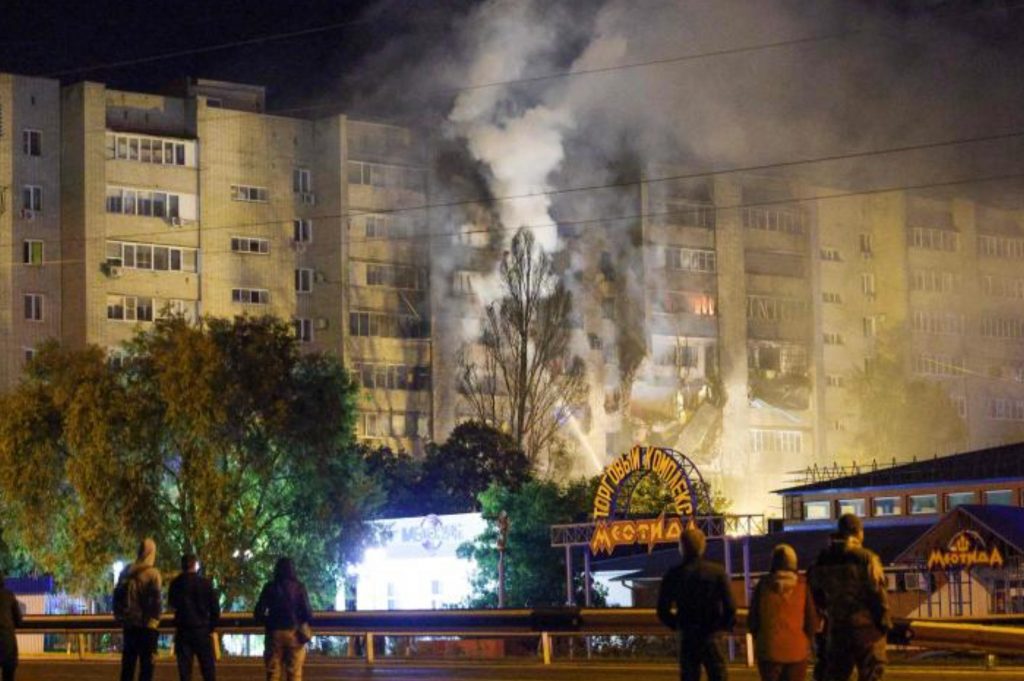 Steph Deschamps / October 18, 2022   At least 13 people, including three children, died after a Russian SU-34 fighter-bomber crashed on Monday in the…